The BCI is a not for profit organisation registered in the United Kingdom and is owned by its members. A board of directors is elected by Voting Members each year and is complemented by a number of non-executive directors.

The board is supported by a number of committees which are listed below.

The BCI Code of Professional Conduct

If you submit a complaint about the conduct of a BCI member then your personal details and the details of the complaint may be passed to other BCI members for investigation and any subsequent case hearings. If you require more details of this or have concerns then you should contact the BCI ahead of submission of your complaint.

The Business Continuity Institute (BCI) is committed to providing the highest levels of service to all of our customers. The BCI values all positive and negative feedback and complaints as an opportunity to improve and further develop its products and services to meet the needs of its customers and the business continuity profession.

The BCI will strive to treat all feedback and complaints fairly and reasonably and act responsibly, equitably and effectively in its responses and resolutions.
Feedback and informal complaints will generally be dealt with at the time of receipt or by return through the appropriate member of staff at the BCI. Our objective is to satisfy as many customers as possible at first contact.

Where this is not possible customers will be asked to submit details of the feedback or complaint in writing and register a formal complaint using the process below. A full record will be kept of all formal complaints.

What is a complaint?

We regard a complaint as an expression of dissatisfaction about any policy, action or lack of action, taken by the BCI or about the standard of service provided by the BCI.

What can I complain about?

You can complain about things like:
•    the quality and standard of any service we provide
•    failure to provide a service
•    unfair treatment or inappropriate behaviour by a staff member.
•    the failure of the BCI to follow an appropriate administrative process
•    dissatisfaction with BCI policies

Your complaint may involve more than one aspect of the above, more than one department, or be about someone working on our behalf.

What can’t I complain about under this process?

There are some things we can’t deal with through our complaint handling procedure.  These include:

•    the conduct of a BCI member (please see BCI Code of Conduct above)
•    an issue that is currently being, or has been, dealt with under the ‘procedural rules for dealing with complaints relating to the BCI Code of Conduct’
•    a commercial decision made by the BCI such as the award of a contract or sponsorship agreement
•    an appeal about a decision on an exam result, assessment or admission (please see this guidance)
•    an attempt to have a complaint reconsidered where we have already given our final decision following an investigation.
•    a commercial relationship that is governed by a contract such as with a training partner or other supplier.

We will not normally treat information received through routine feedback mechanisms – such as responses to questionnaires – as complaints.

The complaint should be sent using the form below to [email protected], supported by documentation and substantiated where possible by another person or persons. If no written particulars are received from the complainant then the complaint shall not be pursued.

This content is only available to BCI members. To view this page please login to your account. 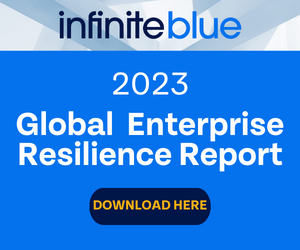